British Championships Roller Derby returns to Haywards Heath after a two year gap this Sunday 11th March, hurrah! Eastbourne Roller Derby’s awesomes Bourne Bombshells are hosting the event and will be taking on Plymouth City Roller Derby, whilst the day also features a game between the Milton Keynes Concrete Cows and Bridgend Roller Derby. This is the first Game Day in Tier 4 South of the 2018 British Championships tournament. This division features a total of five teams (including Oxford Wheels of Gory who don’t play on Sunday) who will each play the other four across five Game Days between now and July. The top two teams in each division are promoted to Tier 3 for next year’s competition. It’s the biggest national roller derby tournament in the world, apparently!

Sunday’s action takes place at the Dolphin Leisure Centre in Haywards Heath with a fairly early start. Doors for spectators are at 11.30am with the first game Milton Keynes v Bridgend taking place from 12.30-2.00pm, followed by Eastbourne v Plymouth from 3.00-4.30pm. Adult tickets are £6 online in advance (see the link at the bottom of this piece) or £7 on the door, but under 18s and (’cause it’s Mother’s Day) mums get in for free with a ticket holder – awww! The venue is seven minutes walk West from Haywards Heath train station and there’s a big Sainsbury’s (open 10am-4pm on Sundays) on the way. Car users should point their SatNav at RH16 1LY. Set off a bit early if coming from Eastbourne/Hastings way, as there are a few train issues (ie replacement bus to Polegate) plus rolling road closures along the A27 due to the transportation of a 300 foot electricity pylon. Yes really!

PREDICTIONS
[*SPOILER ALERT: SKIP THIS PARAGRAPH IF YOU DON’T WANT TO KNOW HOW THE FLATTRACKSTATS COMPUTER EXPECTS THE GAMES TO GO*] With at least one team not UKRDA ranked, we’re going to use the European rankings for both matches here. Bridgend place 200th on 492.6 rankings points, whilst Milton Keynes are 254th on 471.6. The online prediction machine gives the Welsh side 66% chance of victory here, with a predicted differential of 37:30 mathsing out as something like a 185-150 Bridgend win. In the day’s second game, Plymouth place 174th (508.7) whilst hosts Eastbourne are 193rd (495.3), with a predicted differential of 8:7 suggesting something like a 200-175 victory for Plymouth. As far as the Euro rankings and FTS are concerned, both games are being called as pretty darned close – at least in roller derby terms!

“We’re looking forward to playing against Eastbourne, who are an unknown quantity and therefore a new and exciting challenge! This year PCRD arrive with an updated compilation of skaters consisting of hardened veterans – including founder and Roller Derby City owner Slams – alongside fresh talent in both blockers and jammers, all bench coached by Team Ireland men’s jammer Abnorman! As for what PCRD’s tactics will be for this year’s round of Champs matches… well, oh… is that the time? See you on Sunday!”
HOT TOPIC – PLYMOUTH CITY ROLLER DERBY CAPTAIN 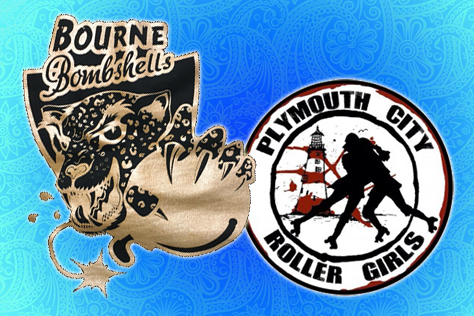 The Bombshells took part in the first year of British Champs (2015) then withdrew for two years. What has brought you back to the competition in 2018?
We decided to rejoin because as a team we felt like we would like a new challenge this year. We will be playing several teams we have never played before, and we’re all really looking forward to these games.

Any particular Bombshells players or tactics the crowd should look out for on Sunday?
We don’t like to reveal any of our tactics before a game. The main thing we all aim to do is give 100%, work together as a team and enjoy the game. Our squad has a few seasoned players who played in 2015 Champs and its predecessor Heartlands, so you’ll likely recognise the names of the ones to watch. Amazing Graze continues to wow crowds with her strong and consistent jamming, and will also probably be wowing the crowds with her trademark smiley face shorts. The blockers to watch will be Smash’er Fierce and Crash who have been with the Bombshells from the very beginning. Both have their own style of blocking which I’m sure Plymouth City will remember afterwards! For supporters who know the Bombshells well, you’ll be surprised to see Hell Block H and Drag-N-Fly not skating, but don’t worry they are still part of the team. Hell is our bench coach any Fly will be line-up managing.

The day’s other game sees Milton Keynes take on Bridgend. Any thoughts re that game?
It will be great to watch. We’ve played Milton Keynes a few times over the years, and it will be good to see them play and catch up with some of the players we know from our previous games. We haven’t seen Bridgend play before. We’ll be instead to see how both teams play and what strategy and tactics they use.

Finally, what should people expect from the event venue-wise?
We will be selling cakes and team merch in the hall, and there’s also a cafe and vending machines at the venue for any other refreshments people need.

For anyone reading who might not know of MKRD what can you tell us about your league’s history and achievements?
MKRD was founded in May 2010. In 2011/2012 we created The End of the World Series tournament for five local leagues, in which we were undefeated. The EOWS led to The Heartland Series in 2013 and MKRD remained heavily involved in the organisation. This tournament then developed into the British Championships tournament, which saw MKRD retain a solid place in Tier 3 until 2017.

Any particular Concrete Cows players or tactics the crowd should look out for on Sunday?
Concrete Cows are known for being solid and hard hitting. Look out for Bolshevik and Poled As Ice, both of whom pack a mighty punch. Not literally – we know that’s illegal!

What do you know of your opponents Bridgend Roller Derby?
It looks like they’ve taken some time away to rebuild their team, which we’ve also had to do. They seem to have played some good games last year as well. Hopefully it will be a good match between us, though obviously we’d like to start Champs off with a win!

Any thoughts on the other Tier 4 South teams: Eastbourne’s Bombshells, Plymouth City and Oxford Wheels of Gory?
We played Eastbourne in a friendly last year as a Champs warm-up. Unfortunately we lost, but hopefully we’ll make up for that this year! We’ve not done our homework on Plymouth yet, but they will be formidable opponents. We know Wheels of Gory as they’re gepgraphically close to us, but we haven’t had chance to play them so that will be fun.

Finally, any message for MKRD fans in Sunday’s crowd?
MOOOOOOOOOOOOOOO! 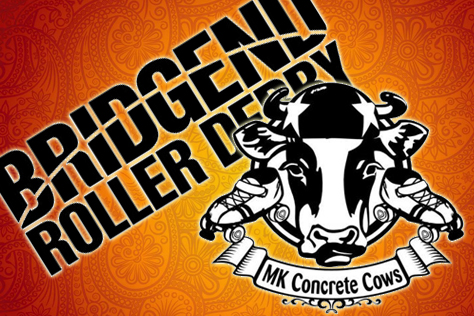 Can you tell us a little about Bridgend Roller Derby’s history and achievements?
Bridgend Roller Derby (also known as BRD) was founded in 2014 and consists of our main competing team, plus the recently formed Bridgend Men’s Roller Derby who made their debut at the end of 2017. We decided our team goal last year was to focus on developing as a unit, so we opted not to compete in Champs and focus on improving our teamwork and going up the European rankings. We had a phenomenal year, entering our first game at the beginning of the year at 330th and ending on the massive high of 148th. This reflected the development of our team and highlights all the work that we put in. We have had a wobbly start to 2018 with a number of injuries and illnesses which has meant we have needed to adapt to some changes, but with our team goal this year to win Champs, we have pulled together and trained hard, and now feel we are in a good position to compete to win.

Any particular Bridgend players the crowd should look out for on Sunday?
Jonesing For Destruction, affectionately known as Penjen. She’s a fantastic, tenacious jammer and one of our unsung heroes. She doggedly racks up points for us and never gives up. This is the last game she will be playing as part of BRD as she is moving back home to Canada. We are all going to miss her terribly as she has played a big part in our team. She is level headed, very chilled, incredibly determined and she really loves cats.

What do you know of your opponents Milton Keynes Concrete Cows? Care to predict the result?
We don’t tend to spend a lot of time looking at the opposition. We have our own game which we adapt as we need to to be at our most effective. MKRD are quite far from us geographically so we have never had the opportunity to play them before. Flattrackstats predicts a close win for us, but we shall see what happens.

Any thoughts re the other three teams in this division?
We want to win Champs, so our only thoughts are on our own game and our training, and developing our players throughout the coming season to ensure we are competitive.

Finally, any message for any Bridgend fans in Sunday’s crowd?
Thank you Dan for all your support!